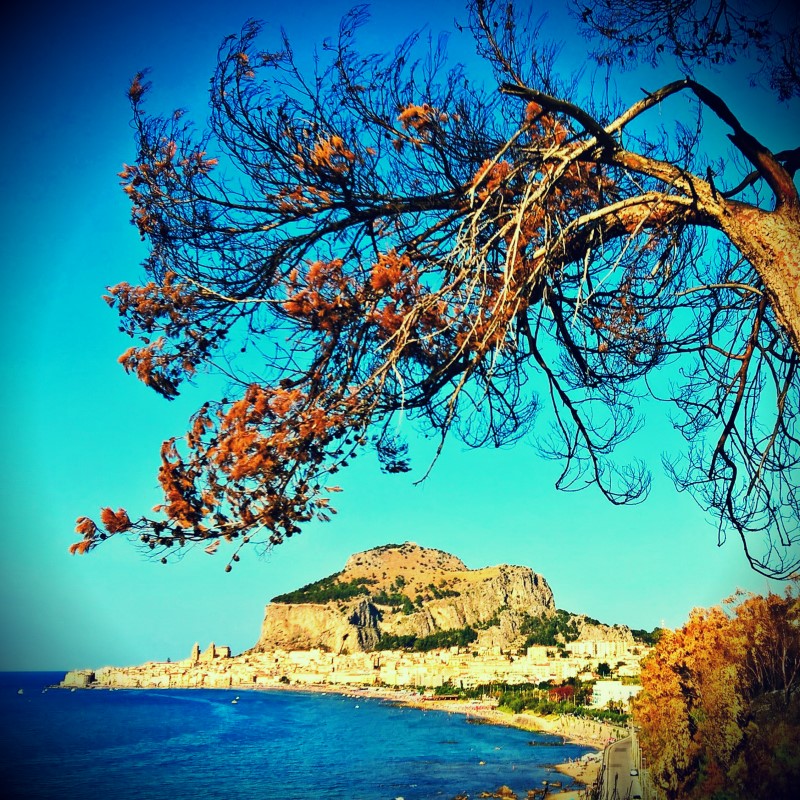 Cefalù is an Italian municipality in the province of Palermo in Sicily. It is located on the northern coast of Sicily, about 70 km from Palermo, at the foot of a rocky headland. Is one of the largest seaside centers throughout the region; despite its size, each year attracts a significant flow of local tourists, foreign and domestic, in the summer, arrive to triple the population, making it crowded the main squares and streets of the country. The town, in its medieval core is located under the rock of Cefalù that dominates and along with it the Cathedral so that profile the typical landscape and very recognizable. The coastline of Cefalù stretches for about 30 Km from Lascari and Pollina and alternates long straight stretches of beach to bays and small coves with sandy, rocky nature with low or even rocks to high ridges and overlooking the sea. Some areas such as the “porto vecchio” (the old town) and the new port are subject to the phenomenon of sedimentation, because of debris carried by the streams that descend from the rock and from the hills near the coast. According to the climate classification, the climate of Cefalù belongs to the group called Csa: temperate mid-latitude climate with dry and hot summer and cool winter and rainy (Mediterranean climate). The intermediate seasons are mild and pleasant. The summer is dry and hot, usually hot and breezy frequently thanks to the presence of sea breezes in summer, especially in July and August is not uncommon the indwelling of the “scirocco”. 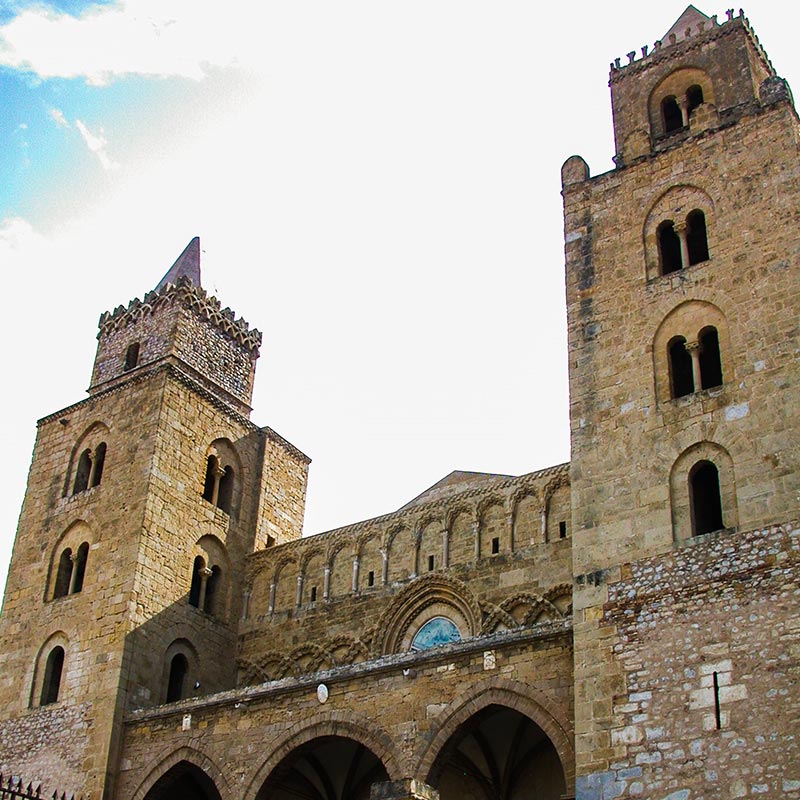 Traces of frequentation of the site date back to prehistoric times, most notably in two caves that open on the north side of the promontory on which the city was built. In a pre-Hellenic settlement refers the megalithic style wall, dated at the end of the 5th century BC, which surrounds the current historic centre and is still largely preserved.

In the 4th century BC the Greeks gave the indigenous centre called Kefaloidion, or ‘ head, Chief “; probably to his reported headland. In 307 BC it was conquered by the Syracusans and in 254 BC by the Romans. The Hellenistic-Roman city had a regular urban structure, consisting of confluent on the principal roads road and closed by a ring road that follows the perimeter of the walls. In the period of Byzantine rule the town moved from the Plains on the rock and remain traces of fortification works of this era (battlements), in addition to churches, barracks, water tanks and furnaces. In 858, after a long siege, it was conquered by the Arabs, and was part of the Emirate of Palermo. In 1063, it was taken by the Normans of Roger I, and in 1131, thanks to Ruggero II, was reoccupied the ancient village on the coast, while respecting the existing urban structure: in this period are several monuments, such as the Church of San Giorgio and the sink of via Vittorio Emanuele; The cloister of the Cathedral and the Palazzo Maria; the Osterio Magno on corso Ruggero. 1131 is dated at the Cathedral basilica. Between the mid-13th century and 1451 it passed under the Dominion of various feudal lords and finally became a possession of the Bishop of Cefalù. The subsequent history of Cefalù it can assimilate to that of Sicily and the rest of Italy. In 1752 there begin to establish foreign consulates (France, Denmark, the Netherlands, Norway and Sweden) and the city became Grand Tour destination.

Today it is a seaside resort and a tourist destination for its beaches and artworks that preserves.